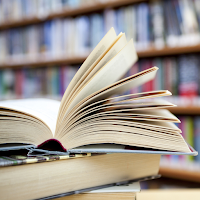 This year I have focused on reading some of my favourite series. Some series are new to me, some I had read the latest releases but revisited the beginning that I had missed, and some I had read all prior books in the series and read a new release during the  year. My task was made a lot easier with so many earlier books in series now available as e-books, sometimes at very attractive prices.

This is my short list of 10 series in no particular order (a series has to be at least a trilogy to qualify). There are so many great series but I have limited my selection to ones that really stand out of the crowed. To be included I had to have read at least one book in the series in 2015.

Bernard Cornwell; Richard Sharpe
This is historical fiction at its very best about Richard Sharpe, a footsoldier in India and the Napoleonic Wars. Cornwell puts Sharpe in the middle some of the most bloody and famous battles of that time led by Sir Arthur Wellesley, later Lord and Duke of Wellington.

I have read #15 in the #21 in the series and enjoyed all of them. The last one I read was Sharpe's Company and so far my favourite is Sharpe's Trafalgar where Sharpe managed to be on a ship on his way back to England from India which accidentally joined Nelson's fleet for the bloody battle.

Bernhard (Bernie) Gunther is a Berlin detective who served eleven years as a homicide detective in Kripo (Berlin's criminal police) and left in 1933 when the National Socialists started to purge the force of all non-party members. He becomes a private investigator and then is forced back to Kripo by the Nazis. After witnessing mass killings, he fights on the Eastern Front and becomes a POW with the Russians.

After Berlin Noir Philip Kerr didn't revisit Bernie Gunther for 15 years and since then he has written a further 6 books in the series which have been highly acclaimed. This year he released The Lady from Zagreb which I thoroughly enjoyed. I haven't read the other books but plan to do so in 2016 plus "The Other Side of Silence" to be released in March 2016.

Michael Connelly: Harry Bosch
Connelly is undoubtedly the king of American crime writers and manages to maintain the standards from year to year. The Crossing released this year is #16 in the Harry Bosch series and the story is still fresh and challenging, compared to the recent performance of many of his peers.

Bosch is a bloodhound who can find clues that others can't. He does it his own way which frequently puts him at odds with his politically motivated superiors. Although he is getting a bit long in the tooth, he is still at the top of his form.

This year was Bosch's turn but next year may be Mickey Haller's turn - another great long-running series by Michael Connelly. Haller is Bosch's half-brother and Connelly cleverly brought him into the story line of  "The Crossing" this year.

Adrian McKinty: Sean Duffy
Adrian McKinty is a master Irish storyteller. His series about "The Troubles" in Northern Island in the 1980's seen through the eyes of Detective Inspector Sean Duffy, a Catholic policeman in the predominantly Protestant Royal Ulster Constabulary, is gripping and realistic. McKinty skillfully weaves each book in the series around actual happenings during the time of The Troubles.

While Duffy is a first class detective his character is flawed by what is happening around him. He checks every morning to make sure that there is no bomb underneath his car. All of this takes a toll and Duffy is so stressed out at the end of the day that he needs a pint or two of vodka gimlet to make him relaxed enough to get a good night's sleep.

The series started out as a trilogy, which I had read and I was delighted when McKinty released a further book in the series in 2015 - Gunn Street Girl . I am even more delighted to see that he plans to release another in the series "Rain Dogs" in late January 2016.

Daniel Silva: Gabriel Allon
I am a fan of espionage thrillers and Daniel Silva with his Gabriel Allon series has always been one of the best authors of the genre. Allon is a member of Mossad, a top espionage operator and frequently an assassin, but he is also a world-class art restorer with contacts around the World, including surprisingly at the top of the Vatican.

This year's release The English Spy was #15 in the series and Silva maintained the quality and momentum of a series by bringing together a collection of characters and events from some of his previous books and built them into a riveting thriller. There is another book in the series scheduled for July 2016 which will be especially interesting as Allon has reluctantly agreed to leave the field and take over as head of Mossad's operations. This will also coincide with the arrival of twins to his wife Chiara, also a Mossad agent.

Taylor Stevens: Vanessa "Michael" Munroe
A few years ago in an outstanding debut novel The Informationist, Taylor Stevens introduced us to Vanessa "Michael" Munroe, one of the most complex, violent, dangerous but compelling characters in modern adrenaline-filled action packed adventure fiction. Michael is a dangerous loner who bears emotional and physical scars from her youth, reminiscent of Stieg Larsson's Lisbeth Salander. Michael's horrific past gives her a potential for ferocity and violence to overcome her enemies. She's a super-intelligent and dangerous character who is skilled in martial arts, and always carries a knife. She has an eidetic memory and speaks multiple languages.

This year Taylor Stevens released #5 in the series The Mask which has Michael acting in a similar role to her outstanding debut novel "The Informationist". Again Stevens seems to be on an annual release timetable and I look forward to the next book in the series. While Stevens always writes a good back story I would strongly recommend that you read the series from the beginning to really understand more about Vanessa "Michael" Munroe.

Candice Fox: Archer and Bennett (Hades series)
At the end of 2013 Candice Fox released Hades, an amazing, chilling, violent and emotionally challenging debut novel. I was emotionally flogged by the pace of the action, the violence, the body count and episodes of pure fear.

Hades Archer will arrange to dispose of anything, including bodies - for a fee. But even Hades draws the line when someone wants him to dispose of two small bodies - who are still alive. Hades brings them up in his world and 20 years later Eden and Eric Archer are homicide detectives, but they still have their own dark past inherited from Hades. The ending of the book is absolutely stunning. Once again I would strongly recommend reading this series from the beginning.

The next book couple of books feature Eden but still looks back into the dark past of Hades. This year's release Fall is as dark, violent, quirky and outstanding as her first two highly awarded thrillers. There is a clue that the series will continue - I hope so as it is a very different series from any others I have read, even though most of it is now a crime thriller. Next year Candice Fox will co-author a book with James Patterson which I hope that this will give her name the international exposure that her work deserves.

Malcolm Macdonald: Stevenson family saga
I revisited "World from Rough Stones" which I had read and enjoyed many years ago. This is the first book in #4 book series about John and Nora Stephenson and their growing and increasingly profitable railway construction contracting business. It is set in the heady days of the early Victorian era when huge fortunes were made (and lost) during the first Industrial Revolution.

When John Stevenson met Nora he was a navvie, a skilled labourer working on the construction of a railway tunnel - very tough manual work. Stevenson quickly realised that Nora would not only be his life partner but with her amazing mathematical and financial talents she would be the foundation of his future business life. When the contractor for the tunnel becomes insolvent with some financial skulduggery supported by his wife, he bids successfully to take over the contract. His chances of success look slim but with his masterly management of his former workmates, he completes the tunnel - by the skin of his teeth.

Stevenson then goes on to build up one of the largest railway and other construction businesses of the era. At the start things are touch and go financially but in a few years he is a very rich man, even having his own private rail coach. Nora is always at his side and their family expands each year in a very Victorian way and the next books in the series focus more and more on the family and how they cope with riches - eg in "The Rich are with you always" and "Sons of Fortune".

This is my favourite book about that era in the rise of English wealth. IMHO it is even better than R F Delderfield's magnificent Swann family saga (see below).

R F Delderfield: Swann family saga
I revisited "God is an Englishman" which I had read and enjoyed many years ago. It is a pretentious title for the superb first book in a series but at that time, England was at the forefront of  the industrial and imperial world. This is Victorian historical fiction at its best - a time during the first Industrial Revolution when English entrepreneurs, inventors and innovators changed life from an a rural/agricultural system to a modern industrial society in a matter of generations.

After a military career, Adam Swann returns to England in 1858  with an intense ambition to build his fortune in the fast-changing and extremely competitive world of Victorian commerce. Swann soon meets his soul-mate, Henrietta, the high-spirited daughter of a local mill owner and they set out to build a family business under the Swann name. Along the way they share challenges, setbacks and eventually an immense fortune.

The secret of Swann's success is building an efficient and competitive business in a niche market - hauling all kinds of goods between the railhead and factories up and down the country, sometimes on appalling roads and gradients. It is Swann's management, people and marketing skills that builds up a business empire and makes his fortune. Henrietta is also starting to grow their own Swann dynasty of 9 children, all with different abilities and character. The challenge to Henrietta is to mold these characteristics to allow her children to make their mark in Victorian society. The latter books in the series explore how the children make their mark, both in the Swann business and in many other ways.
Posted by Suncoast Reader at 10:43